This is a photo of the garden we had in the past. It is an allotment not far from Stuttgart. The rhododendrons have grown taller than two metres in over 10 years in their specially built sheltered raised beds with acidic soil. There is an extra bed of ferns, there are apple trees, a pond with irises and a huge walnut tree amongst far more. We have moved away from there, some 600 kilometres north. Instead of loamy the soil here is sandy. Instead of mountainous the area here is lowland and flat. When I chose the rhododendrons for our former garden in Swabia, I watched carefully to pick those that could deal with temperatures below minus 20 degrees centigrade. We need not expect winters getting that cold here in the north of Westphalia with the coastline of the North Sea just over 100 kilometers away. Instead we’ll have to keep in mind that winds can be rather rough. We are no beginners as to gardening, but here conditions are so different to what we are used to we can consider ourselves starting all over again. 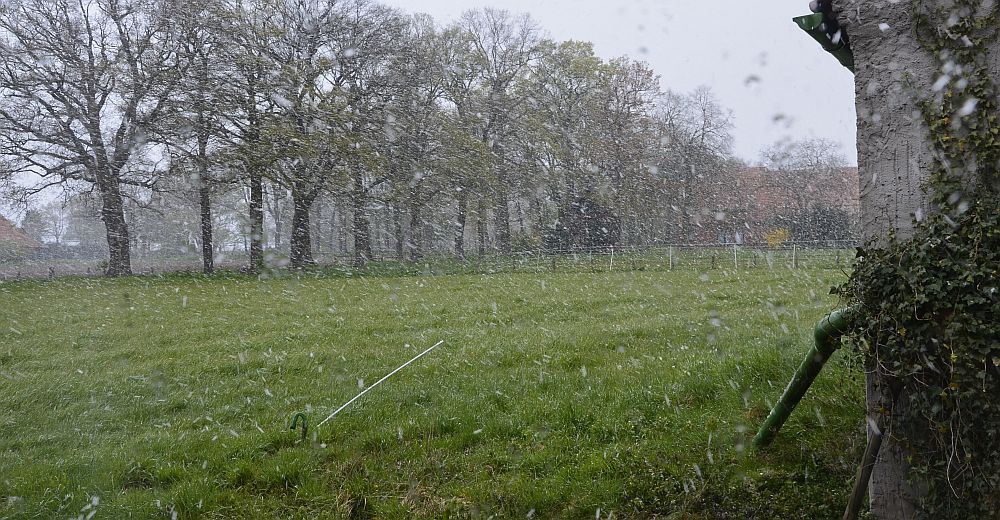 This would not be an old farm if it did not come with some land. There is a front garden with bushes and yews and hawthorn and a small white lilac tree. But in the back there is all meadow. Over the past so many years it was cut to feed cattle. When we moved in earlier this year the grass was dense and looked juicy. 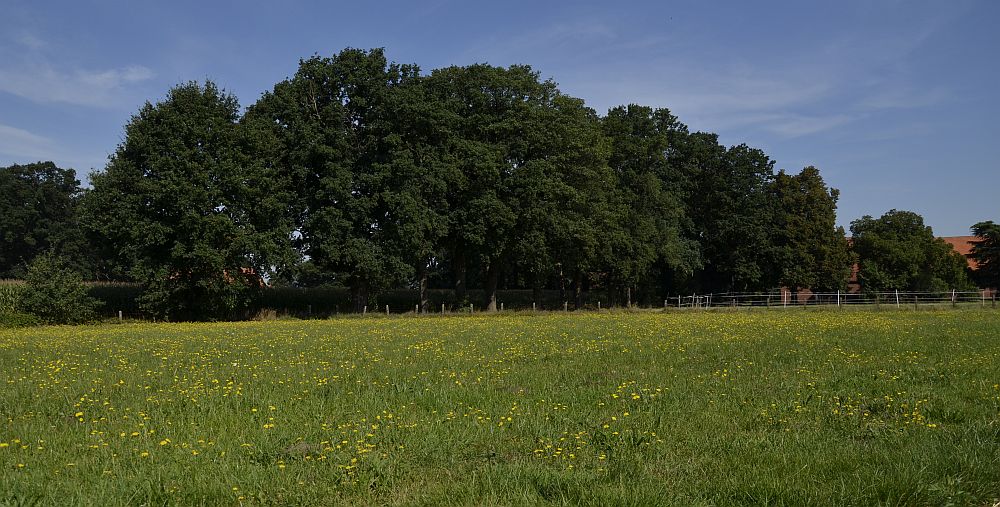 When the wind went over it, it moved in powerful waves like if it was an ocean of green. We started mowing it with our sit-on mower at some point in May. It grew so quickly we had to cut it almost every 10 days because otherwise it would grow too tall for our mower to handle. Come August the meadow has changed from the uniform green of grass to a mixture of yellow and a great many shades of greens. It was time to take out some very old, very much used books again.

The old farm comes with two stables. The larger one was used for cattle, the smaller one for pigs. Both are built parallel to each other separated by the pit for the muckheap. The basis of the pit is made of neatly laid bricks. The times in which animals were kept here are long gone. The muckheap must have been disused for quite some time, 15 years at least. What was left in there had a lot of time to rot away thouroughly. Which is exactly what it had done.

The material resting there was moist and dark and densely inhabited with all sorts of creatures of decomposition: worms of all kinds and larvae and little shiny blue-black beetles. I carefully scraped all of it from the bricks and mixed it into the various composters when setting them up. With all the little helpers already in there the process of decomposition could start straight away.

During the process of clearing the old straw and hey from the attic and the barn I put one compost heap where the muckheap was. It is a good place. The pit only opens to the north, it is sheltered from all other sides by walls of buildings. It gets some sun but only for a few hours each day. This heap is keeping its moisture nicely. It grows little mushrooms each night. The pumpkin seeds I put in there in July are going strong. 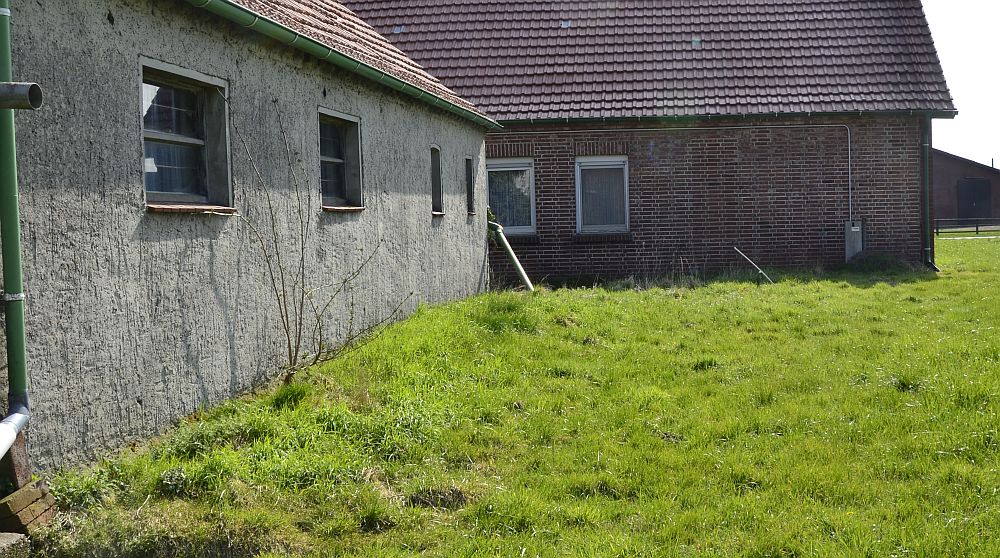 One wall of the pig stable faces east where the place of the muckheap is. The opposite wall faces west and overlooks much of the meadow. We learned that at the foot of this wall there was a rumble stretch. Apparently a certain amount of debris had been dumped here over the years or rather decades. I took up the challenge of clearing this away. It took me a couple of weeks to dig through it.

Some very nice old floor tiles emerged. However, most of what came up was broken bricks of all sorts. There was a rusted key, some shards with floral designs and some broken glass from old fashioned bottles. Now that this strip is cleared I can start building a bed for my kitchen herbs just in front of the old stable.

As I write this dusk is closing in. The sun sets much earlier now. We had a pretty hot and rather windy day, the last in a row with temperatures around 30 degrees centigrade. During the past couple of days countless white butterflies kept dancing in the heat of the day above our yellow meadow – in pairs or in threes. If the night sky is clear it takes a dark shade of blue and we have the most beautiful view of the stars twinkling. Just recently we saw a very bright falling star.

Anybody longing to learn more about the garden we had to leave behind? Go for it.