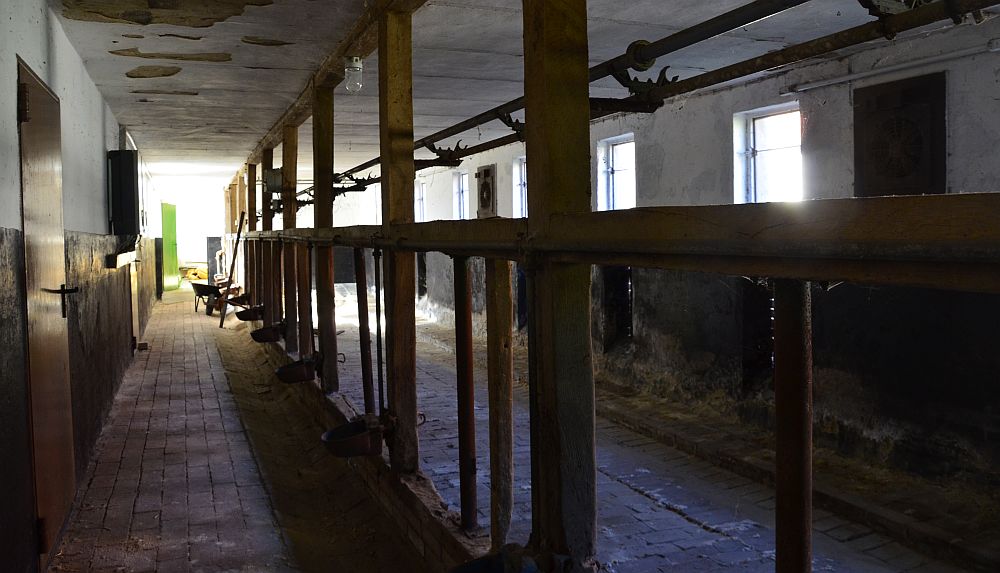 When we first came to this place the stable had been disused for at least 15 years. The cattle had moved out, the floor and cesspit had been cleaned. The floor was made of red bricks, there was an old wheelbarrow, a fork, a broom. Cobwebbs. Saltpeter. Drinking troughs. 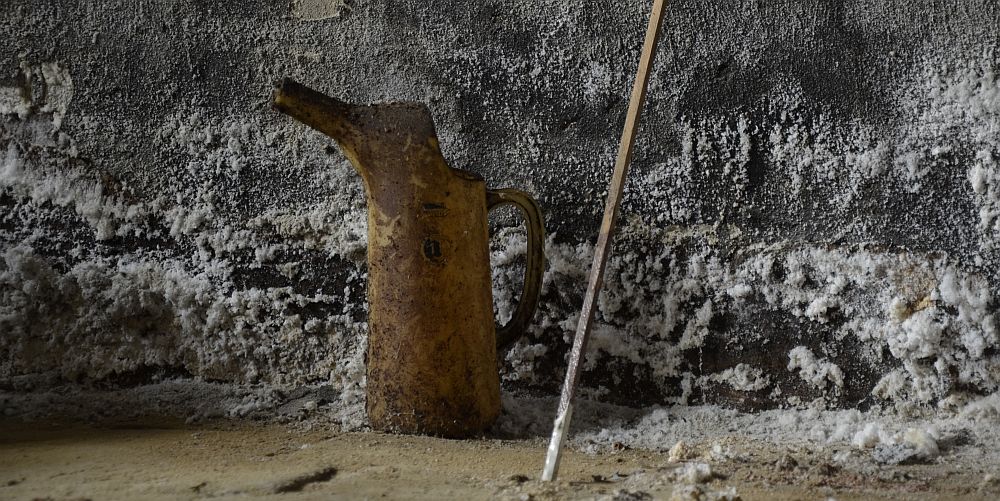 That was where we started in the summer of 2016.

The old oak beams had to go and with them the attached pipes and drinking troughs. The screws were rusted in, the oak beams fitted perfectly and were pretty hard to get out. 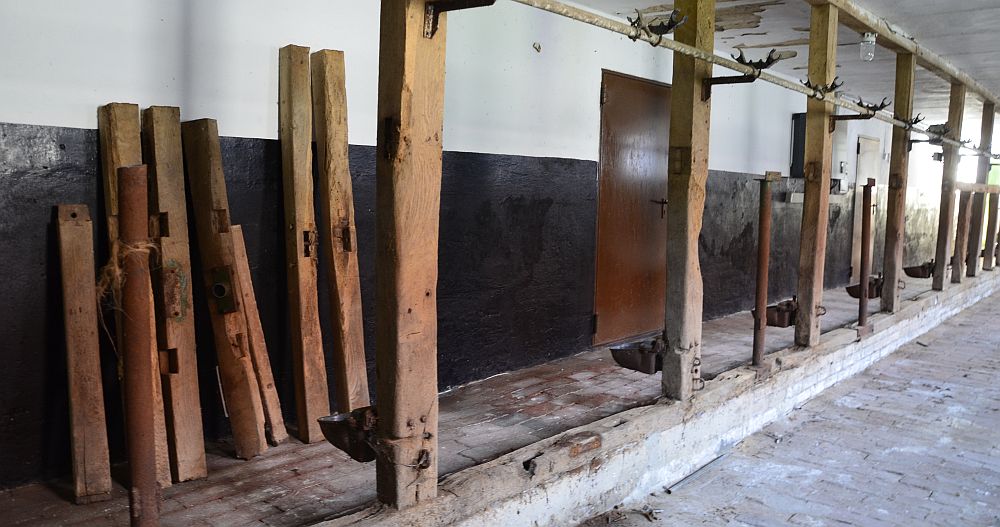 The floor was made with red bricks neatly laid out in a bed of sand. Wheelbarrow after wheelbarrow the bricks went out on a huge pile outside. Many of them now rest in the wall of a raised bed for our herbs. 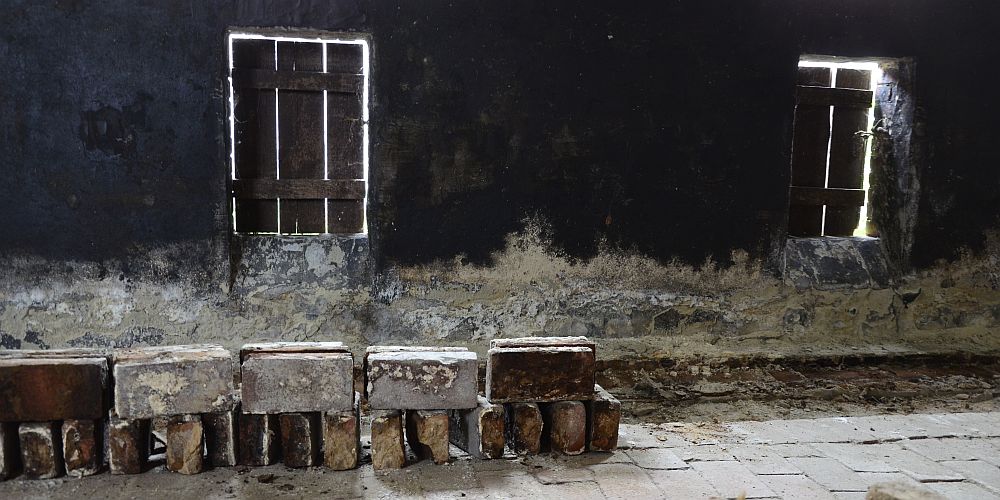 The floor would keep us going for quite some time. All the bricks had to go. Then there was the cesspit. There was a fair amount of water in there which had to be pumped up. It went on to the compost heaps. The cesspit itself got filled with rubble and sand. 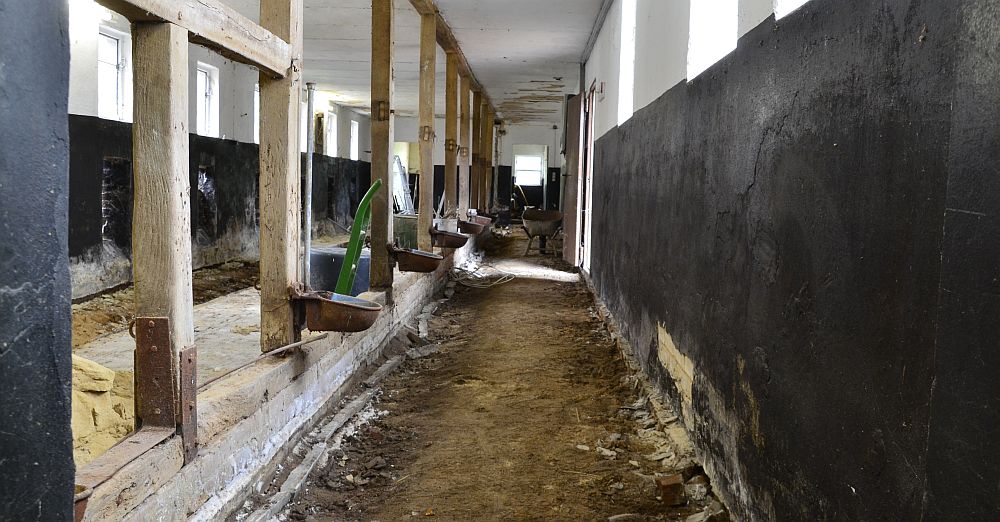 One part of brick floor done

Once the last of the oak beans had gone the rest of the bricks was easier to remove.

The sand could be roughly leveled out and the wooden doors went.

The next step would be the windows. The old simple stable windows had to make way for new ones. We decided to have long narrow windows and keep the shoulder in the wall at the bottom of the windows.

And then came the day when things really happened: the concrete for the floor went in.

The room had changed already. 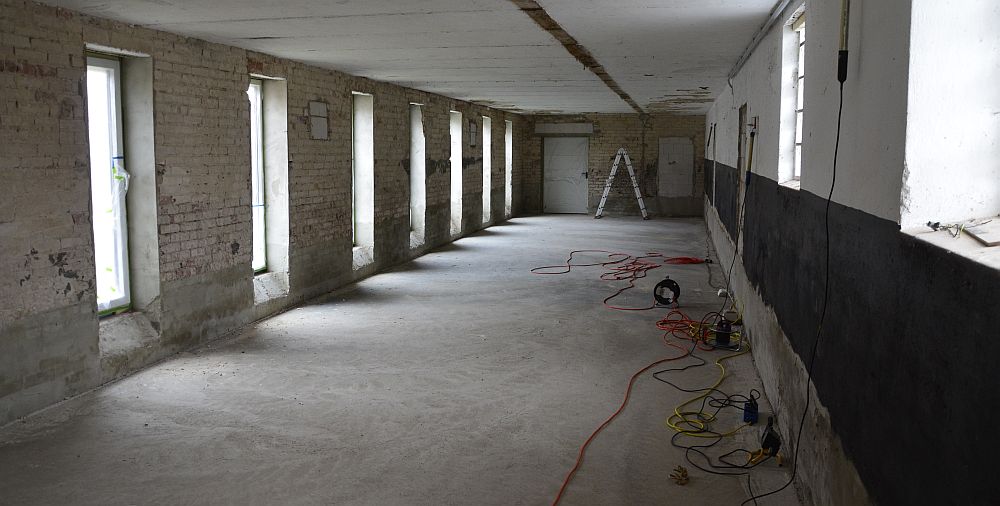 The concrete had dried and solidified. Now the new windows went in. To the right there are still the glass bricks in place. These would go at a later point to be replaced by proper windows.

Once the plaster work was finished the heating could go in. 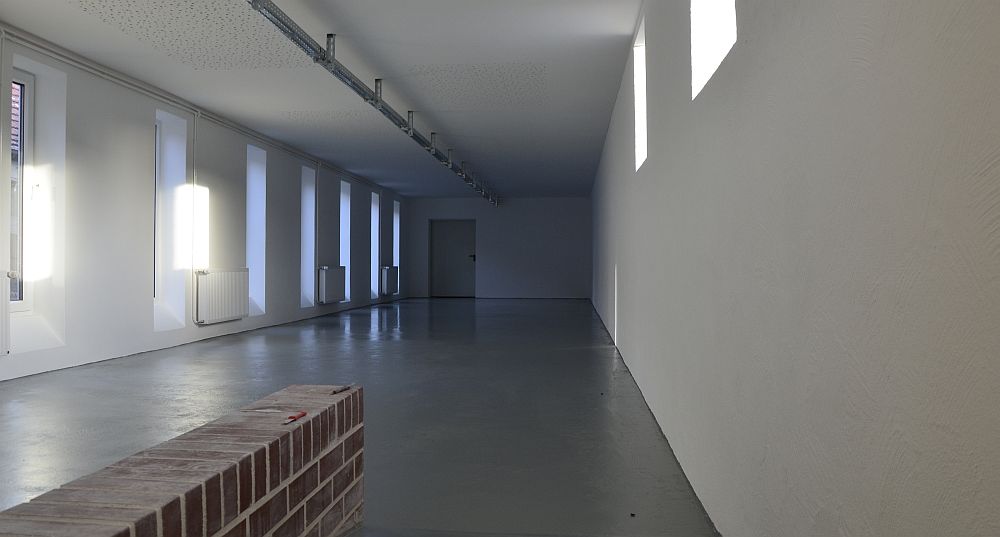 The painters with the last touches

The painters finished in mid January 2017. Three doors had been taken out and bricked up, one door needed to become wider. The windows went in and a short ramp had to be built at the entrance. We got the all clear to move in presses and type.

First press to move in

And we gladly started shoving it all in. In October the presses and type cabinets had arrived on an articulated lorry. They had been sitting in the barn and a side room waiting for better times to come.

These buckets and machinery got snowed in. At this time none of it was needed anymore.

The studio has almost moved in. The date for the opening is set for 31 March to 2 April.

The studio will be re-born with a new name. One of the images that stuck with me right from the start was a fork and a broom on the stable’s lovely brick floor. The new name of my studio is: The Fork and Broom Press. There is a new website too. Just klick on the new name here.

As I write this a little owl is calling to make sure the place is his. The tulips are growing and the daffodils are showing first small buds. Spring is round the corner. The daisies have already opened their first flowers. A pheasant made our meadows his the other day. He was striding the place during a downpour and he got soaked.