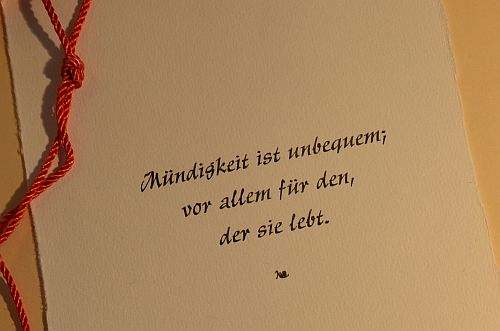 When the Nazis came to total power in August 1933 they established an initial list of people to be expatriated from Germany. One name on that list was Kurt Tucholsky. He was then aged 43 and had become a well-known author, reputable essayist and journalist during the Weimar Republic. He wrote for the newspapers “Weltbühne” and “Vossische Zeitung”. He had studied law and as a soldier during WW1, he felt an intense dislike for the Nazis for numerous reasons; one of which was his own fear that the Nazis would plunge Germany into another brutal war in the very near future. 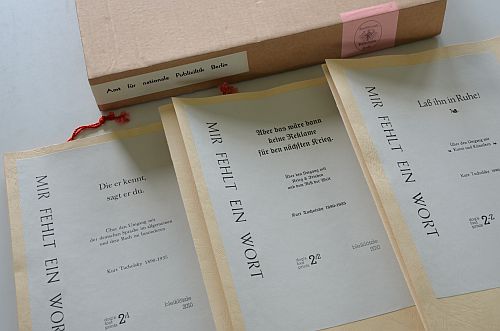 Tucholsky was a great lover of the German language and a brilliant writer. He was witty, humorous and could be bitterly sarcastic when he honed in on particular issues. He very much enjoyed playing with pseudonyms and used five of them simultaneously, treating each of them as a quasi-personality in its own right. Apart from his real name, there were also Peter Panter, Ignaz Wrobel, Theobald Tiger and Kaspar Hauser. He stopped writing completely when he was expatriated and tragically took his life aged 45, exiled in Sweden in 1935. 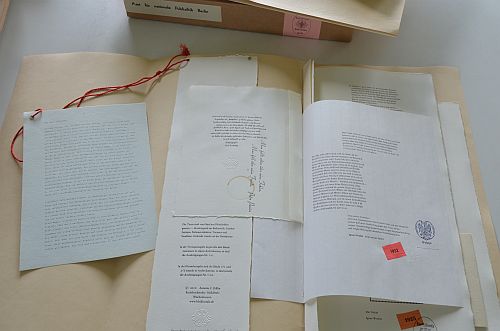 I have loved his skilful way of handling the German language ever since I first read his work back in the 1980s. I respect him greatly for the clarity of his insight. Much of what he wrote during the Weimar Republic still holds true today. This is a frightening thought when associated, for example with the control industry held over politics, with the international trade of weapons and with Germany’s jurisdiction back in the 1930s tending to have a ‘to the right leaning’ blinkered vision.

Tucholsky was able to provide evidence of the severe nature of forced imprisonment and unlawful sentencing against Socialist or Communist ‘rabble’ when compared with the much less severe conditions of detention inflicted on Conservative or Fascist ‘villains’. 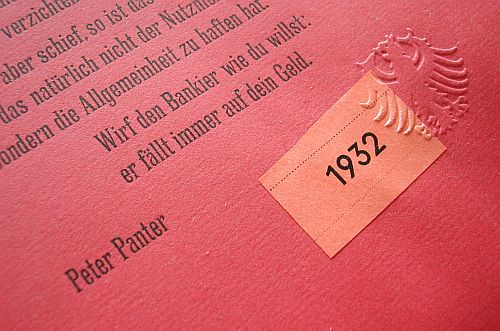 “Mir fehlt ein Wort” (I lack the word) is how Kurt Tucholsky expressed himself when he did not know the right word to appropriately describe what the leaves of the Birch tree do when touched by a breeze. This sentence has become the title of an artist’s book I made as an homage to Kurt Tucholsky. The book was produced in 2010 for the 75th anniversary of Tucholsky’s tragic death. 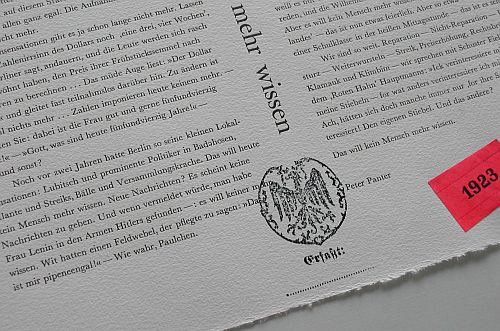 This work comprises 3 portfolios – one on Language, one on War and one on the Arts, giving a total of more than 60 texts primarily by Kurt Tucholsky. The folios are printed letterpress from metal type throughout. The work comes in a corrugated cardboard box resembling an archive box and the portfolios are presented as if they are Secret Service files. 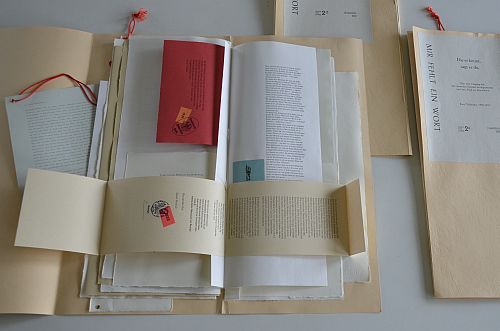 I worked out the story about a young printer, who started working in a Berlin printing office during Weimar Republic. When he came across a text he liked, he would take one of the spoils home to read and then he’d keep it. Over the years he accumulated a fine collection of mainly Kurt Tucholsky’s writing. This young printer with his young Jewish wife left Nazi-Germany in early 1933 and the collection of spoils ended up in the hands of the Nazi officials. These literary works were then turned into processed files to prove that Kurt Tucholsky was a “Vaterlandsverräter” i.e. a national traitor. This was reason enough to force him into exile. 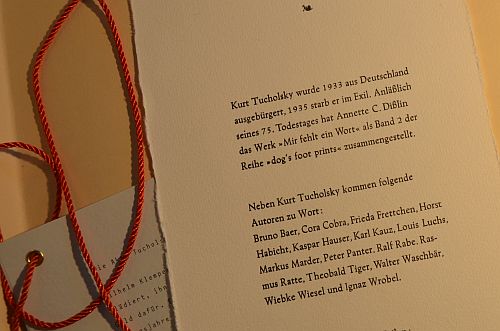 I too play the game Tucholsky loved so much. I incorporated some more pseudonyms, featuring authors like Cora Cobra or Louis Luchs and their essays on recent topics, in ways Kurt Tucholsky might have done if he were still with us today.

The files are assembled from a wide variety of papers and sewn in the original Prussian style in similar fashion to the official files used in Prussia and housed in the state archives. The texts are in German. The work is a limited edition of 12. Numbers 1 to 6 are special editions with all three files contained in the one box. 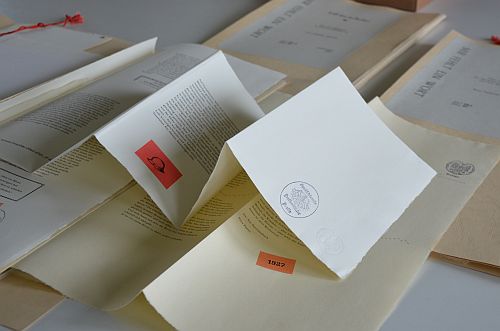 Numbers 7 to 12 are the normal editions with File No.1: Language and File No. 2: War having their own boxes. Special rubber stamps and embossing tools have been designed and made to mark pages in an official style. Stickers have been printed letterpress giving the year when the texts were originally written. The story of the young printer is a typewritten script on very old blue fine typing paper and tied to the cover with piece of thick red string. 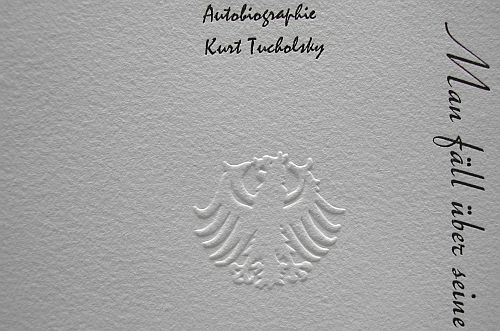