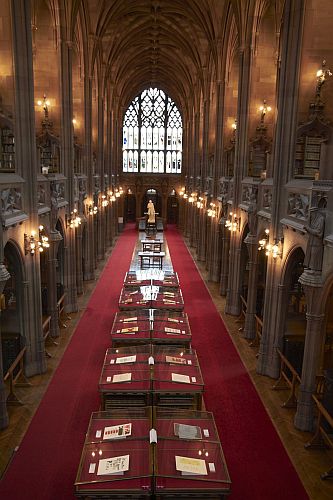 Let’s imagine there was neither written nor printed word (as the printed is just a shortcut to the written). The only way to keep information, experiences or thoughts and ideas was to memorize them. And the only way to pass them over to others was to tell them, leaving them to memorize what they just have heard. Such was man’s situation before written signs like alphabets had been invented.

In a community like this the death of a knowing and experienced person is equivalent to a library burning down. All memories are lost: experiences, history, ideas, knowledge about wildlife, edible plants or treating illnesses, songs, myths, fairy tales – a whole cultural heritage and the basis of gaining further knowledge by building up upon what has been learned over generations will be gone. 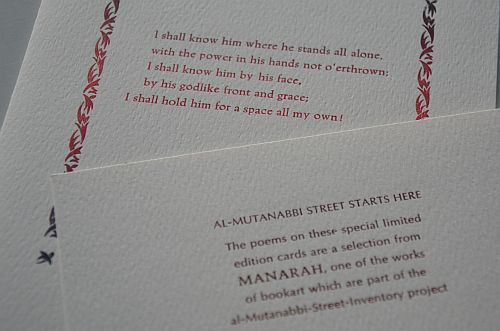 Normally, we assume that with the invention of the written word all knowledge is conserved and kept for following generations.
It is not. The written and printed word has been hunted ever since it came into man’s hands.
Libraries get burned – like only days ago in Mali – or over and over again in the past.
Books get burned – like in the 1930ies during the Nazi reign in Germany, of which Markus Zusak told us so brilliantly in his “Book Thief” novel – or over and over again in the past.
A street of booksellers gets bombed – as happenend on March 5th in 2007 in the centre of Baghdad. 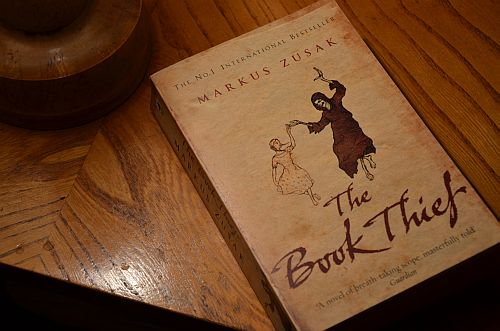 Baghdad’s al-Mutanabbi Street has been the intellectual heart, the centre of culture and thought and book trading for centuries. It got destroyed by a car bomb in 2007, it was rebuilt and bulldozered again. 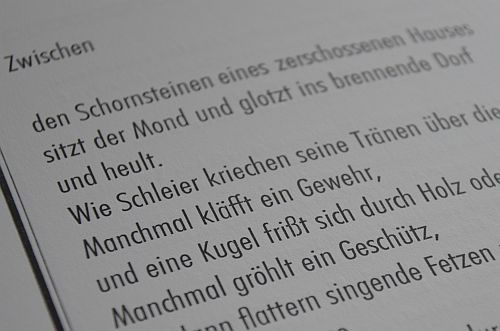 When books get burned or bombed it is first of all for ideological reasons be they religious or political. With reading a book a person can gain knowledge totally by him- or herself. They do not need the help or assistance of anybody – they just need to be able to read and they need to have a book. And it is these two aspects weak and unconvincing rulers will fight first:
They will keep the young from going to school and learn to read, and they will keep those who already can read from reading by destroying their source of information or by changing the alphabets thus following generations will not be able to read the writings of the past. 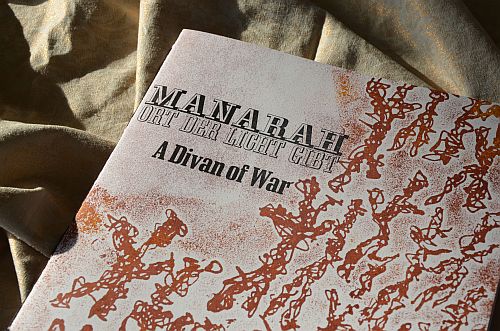 By reading we learn about history, our own and that of others, about ideas and philosophies, about other places, other people, about war and peace, love and hate, about music and poetry, about literature and science, politics and religion – we learn that the world can be different from what we have so far known.
Any force that tries to keep people from learning and gaining knowledge is preventing them to be able to make up their minds by themselves. It is an act of manipulation. 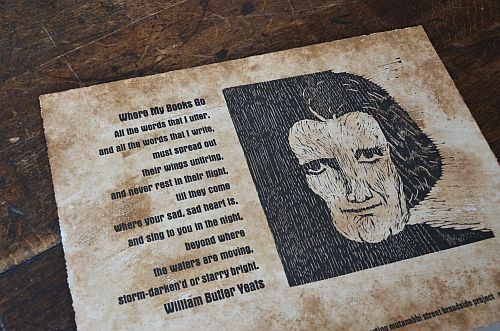 One way to oppose against the burning of books is to make new books.
On 6th February 2013 the first complete exhibition of “An Inventory of Al-Mutanabbi Street” will open at John Rylands Library at the University of Manchester, UK. 260 book artists from all over the world have been making new books commemorating the car bombing of al-Mutanabbi street in 2007 – standing up against the deliberate destruction of books and the cultural heritage they preserve. 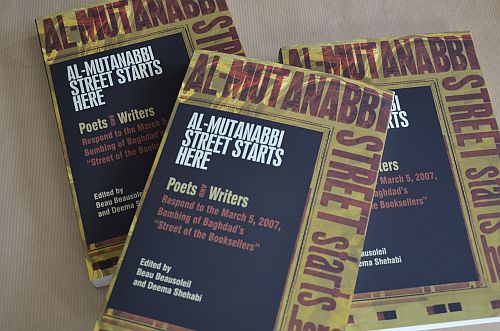 Imagine: al-Mutanabbi street starts here. In Timbuktu. In Baghdad. In a girls’ school that is about to be closed for ideological reasons. Everywhere on this planet where people are kept from learning and reading on account of their own free will.

More information and further venues on: 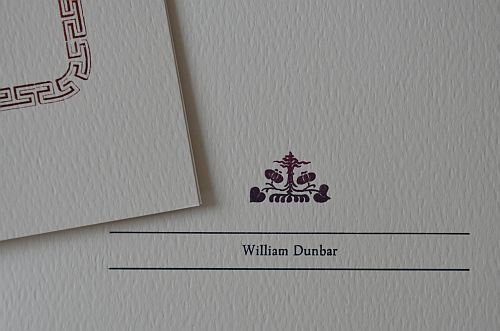 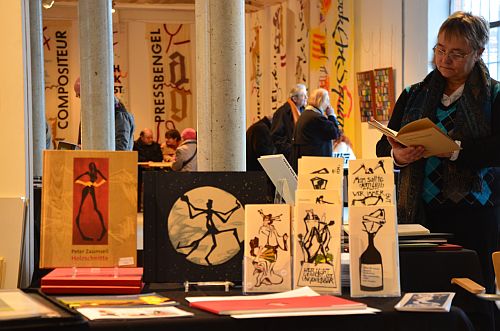 The fair closed on Sunday January 20th around 5 pm. It always amazes me, when a fair closes how quickly books and works and chairs and tables seem to vanish – as if none of them had ever been there leaving the rooms more than empty. They have been there, all of them: wonderful prints, amazing books, dedicated arists, a caring team of organizers and many, many interested visitors. A good lot more than came to the last fair. Some 50 artists had been putting their works on show for two days plus the opening on Friday night. 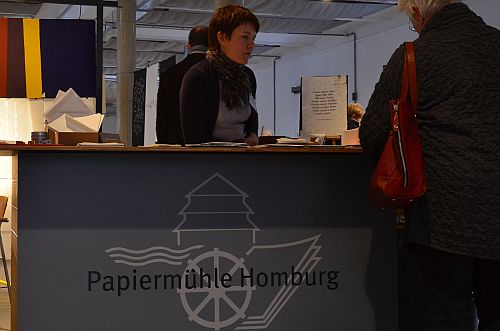 On the ground floor of the New Factory of the Museum der Arbeit in Hamburg Johannes Follmer and his wife welcomed visitors with their marvellous papers demonstrating how the sheets were made traditionally by hand. Students of book arts school Burg Giebichenstein presented their ideas of what a book can look like. 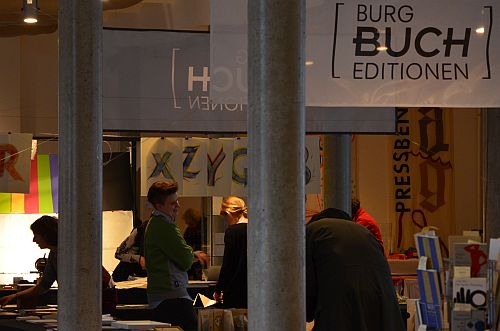 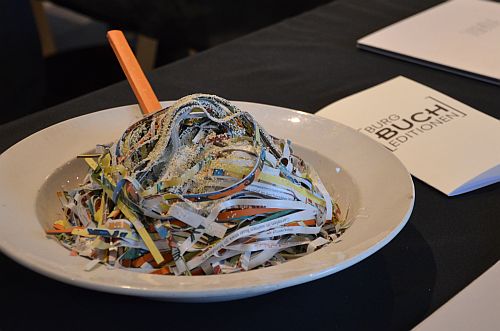 And this is what the first floor of the New Factory looked like. 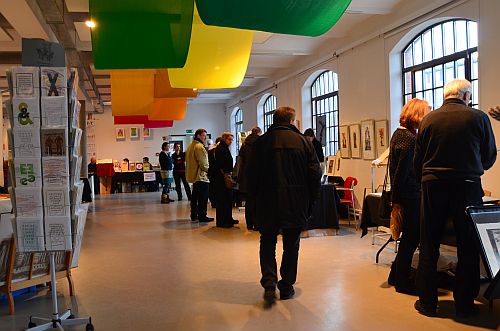 A wide room with large windows and a swinging decoration created a wonderful calm and warm atmoshere – perfectly fine to take one’s time to look at books and prints. 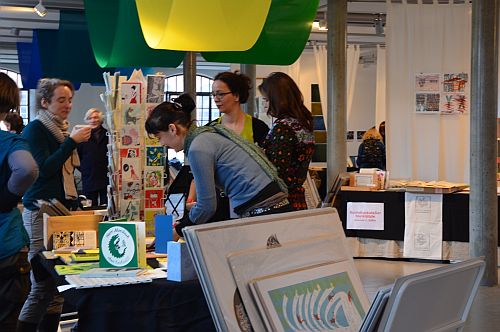 This is a group of printmaker artists calling themselves “Augenfalter”. Being located in Leipzig they took a cooperation with Leipzig Book Fair called “Marktplatz Druckgrafik” to built up a special area for printmaker and book artists within the Book Fair’s department ,book+art’. This new scheme had a fine start up in 2012 and will be running during this year’s Leipzig Book Fair in March for the second time. 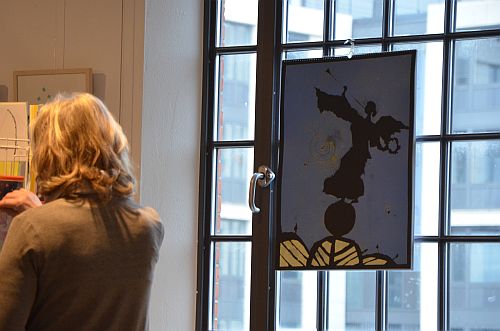 Daniel Hees with his Mühleisenpresse and Caroline Salzwedel with her Hirundo Press came side by side. 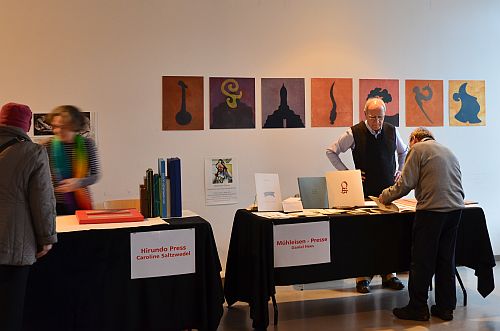 Rosa Gabriel (Erzengelpresse) was presenting her very sophisticated works of book and paper art. She is one out of 260 artists from around the globe that take part in the project “An Inventory of al-Mutanabbi Street”. 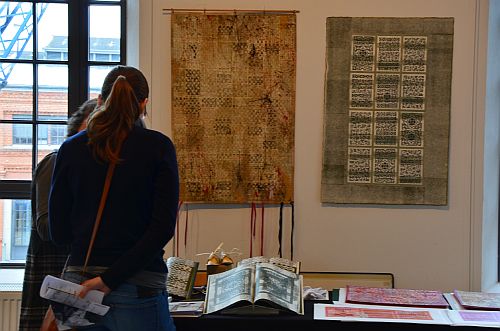 A wide variety of prints and books and styles could be found. Visitors got taken in – and willingly took their time to look and discuss and enjoy. 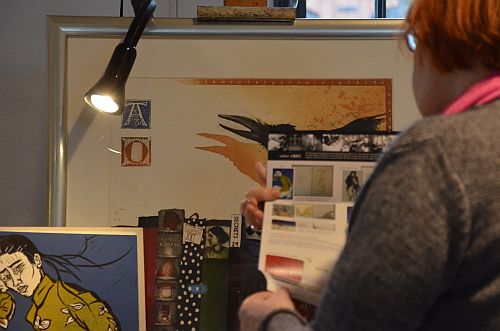 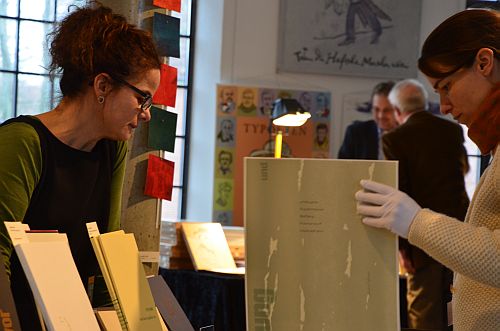 As with the works by Vogelpresse (Munic) they did not hesitate to discover a work of book art from the first to the last page.

John and Pat Randle, who are running Nomad Letterpress in Whittington (UK), were having copies of Matrix with them, which they publish roughly once a year with articles on contemporary topics of Fine Press Printing and Book Arts. 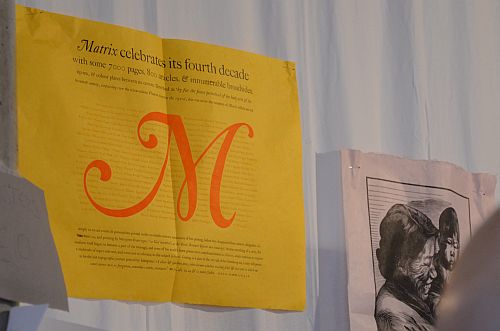 It was a wonderful fair. Many thanks to all who contributed to it – special thanks to Mr and Mrs Bartkowiak and their dedicated team of BuchDruckKunst e. V. 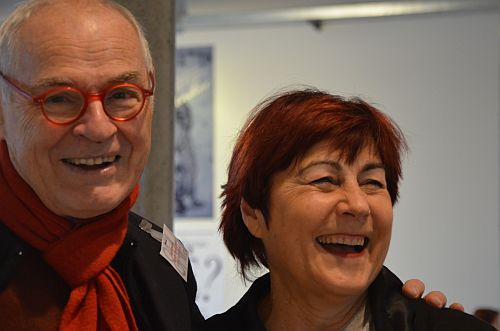