When we moved in here two years ago, there was no garden. The whole plot was a meadow cut several times a year to feed cattle. It was an ocean of green forage grass. No trees, no bushes, no flowers. 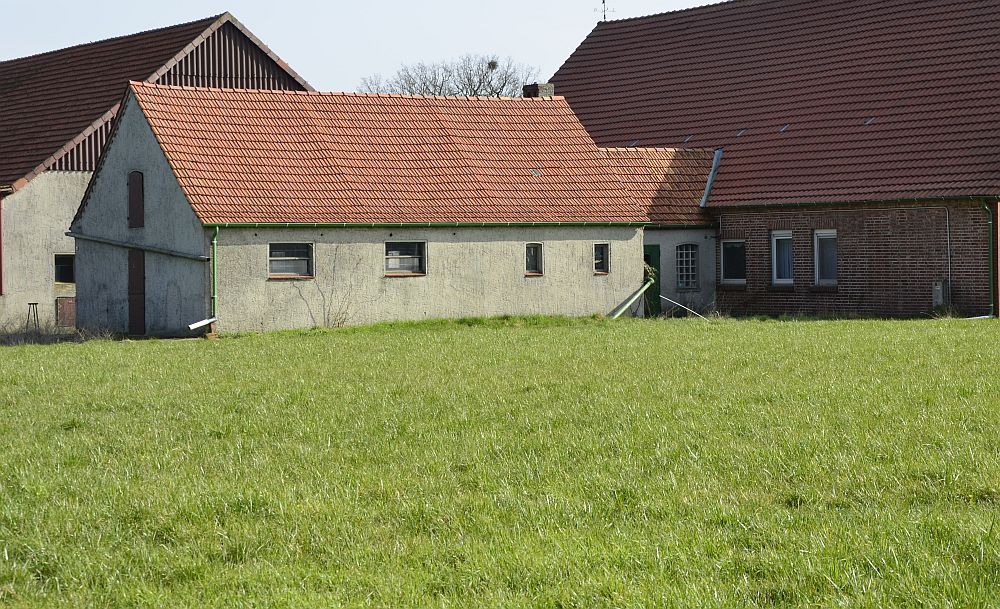 We planted our first trees in late 2016. Among them were a walnut tree, a pear tree, a few apple trees and two medlar trees. We put up a raised bed for herbs and over the past two years a number of bushes and flowering plants have been planted as well as black and red currants and gooseberries. We have come much nearer to something that can be labelled a garden. 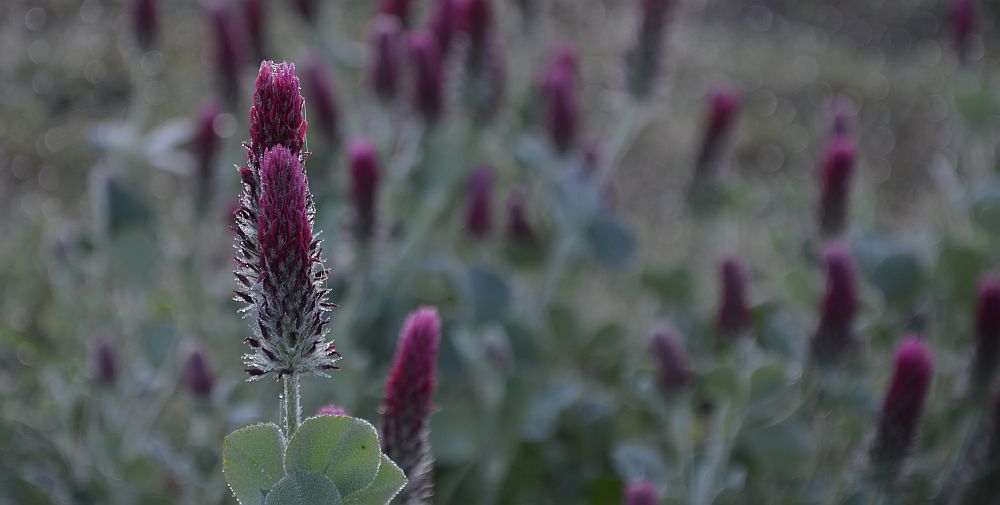 Spring this year is giving our garden a hard time in a way. To begin with there was the „Beast from the East“, or as we called it here „March Winter“. It came with two bitterly cold snaps, and to make things worse, there was somethig like a week in-between with pretty mild temperatures. By the time the second Siberian snap hit, some plants had already switched into end-of-hibernation-mode. To make things even more challenging, shortly after the rather late winter frost there followed a period of summerly temperatures reaching up to 30 degrees in April. Add to this there was not much rain over the whole of April and we have had barely any rain in May so far. Instead, we are having blue sky, sunny days with an at times gusty wind and temperatures well over 20 degrees for weeks. There are a few newcomers in the garden planted only recently, which now need some shelter from the sun and the wind. The willow baskets I made last year during a workshop come in handy now.

We have had losses and near-losses. And a considerable number of plants can clearly be seen fighting through the challenging conditions. Some of the herbs, mainly thyme, which is very much to the liking of a great number of butterflies and bumblebees, have frozen back to almost nothing. They are still struggeling to recover, but, pretty surprisingly, it looks as if most of them would be back for their visitors in time. The two buckthorns went strong after the winter, but one of them went all floppy recently and needed to be watered. Of the two wild pear trees we have, whose home are the dry regions in Turkey and the Balkan peninsula, one suffered from the dry conditions and needed to be watered. The wild pears are, as is our common juniper, supposed to be drought tolerant. They both seem to be approaching their limits these days.

Somebody checking the cover of a new bed

All the new beds we laid seeds in need to be watered almost on a daily basis. Something that has been ongoing for several weeks by now. It means getting up at 6am and going out to water the beds and plants in need, as later on the sun will be shining from a spotless sky without mercy and the wind will take up speed over the day. When preparing the new bed for parsnip, beetroot and mangetout, we, again, unearthed bricks, roof tiles and beautiful broken floor or wall tiles, shards of glass panes and all sorts of rusty somethings.

We have, well, I’d prefer to say: almost, lost one of our medlar trees to a hungry root vole. We realised the tree had stopped growing its leaves any further and took it out, finding there were not even traces of roots left. For whatever reason the vole managed to overcome the wire basket we had planted the tree into, to keep it safe from any root predators. We now try to nurture the medlar tree back to health in a pot placed in a shaded corner. Fingers crossed.

We are going for sweetcorn, broad beans, mangetouts and pumpkins again. And we are having a go at carrots, parsnip and beetroot this year around. It looks as if we were expecting a nice harvest of black and red currants and gooseberries. There is some hope for our first home grown apples and some pears. We might even have medlars again, the second tree has not been mauled by the root voles and there has been no disruptive late frost during bloom, but many bees and bumblebees busily pollinating.

The rhododendrons are in bloom now. We planted them last autumn. Even though they were exposed to the bitterly cold winds in March they are still going strong. But the continuing dry conditions are not quite to their liking.

The sunflowers are growing rapidly. The perennial flax and chrysanthemums are in bloom, as are the many varieties of sage. The lupines, that were lucky enough to not end up as dinner for the hare, are now showing off their whites and pinks and purples. And the poppies have opened their bespoke simple red flowers. There are so many more visitors then we had in our first summer. We have honey bees, solitary bees and bumblebees, all sorts of butterflies and moths, dragonflies, hover flies, black lice and lady birds, spiders and grasshoppers. The hornets have become regulars since last autumn, when they discovered that our mature ivy is a pretty good hunting ground. We do have beetles. Lots of, particularly cockchafers. This is no surprise knowing there are legions of their grubs in the soil of our garden.

The onions I put out last spring as a vague experiment to chase away root voles are now getting ready to push out their flowers. And, after all, we managed to give our bryonies their long time home. It is a raised bed of sorts and is secured against soil living rodents. The bryony instantly started to grow vigorously and is now in bloom already.

As I write this, I have already spent over an hour with watering early in the morning. There are clouds in the sky but they do not carry the promise of rain. The swallows and house martins are feasting out there. The sparrows are chatting happily, they have discovered our huge compost heap only recently. And the wee blue tits, who readily moved in at the nest box we had put up in late winter, are bringing in eagerly caterpillars of all colours to feed their chirping young.