„Among the objects of cultural value, mutually exchanged between the nations, next to artillery shells come books.“ Kurt Tucholsky, 1931

My studio is situated in a rural area. Almost everybody visiting me falls for the view through the back windows. These windows are large and face east. Since I moved in here in 2004 I have seen many breathtaking sunrises and thunderstorms, I have been watching the local pair of Red Kites circling the sky for prey. I saw the farmers plant rapeseed after maize after barley and I watched snippets of golden straw dancing in the wind after the fields had been harvested. I have seen people of all ages walk their dogs of all breeds and mixtures. I have seen downpours and whiteouts, crimson coloured full moons rising and whitefrost making the scenery look totally unreal. But first of all I have been doing my work here: cutting wood blocks, printing metal type, folding sheets of paper, binding books.

My first proofing press is 100% hand driven: it is a 1956 built Korrex Hannover I bought in late 1998. It printed most of my books, the first one in 2001 by the title „Little Niak“, which has sold out some years ago. The photo shows me inking the rollers. 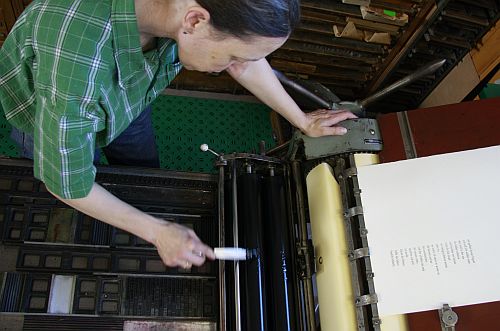 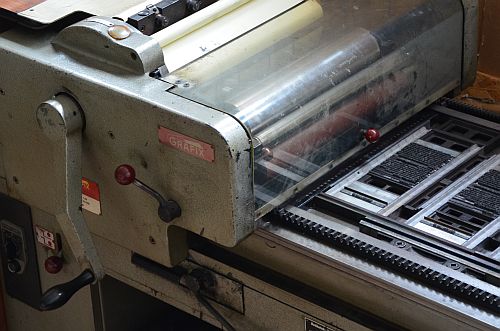 In 2010 I moved around most of the type racks to make space for a second proofing press. It is a 1964 built Grafix press on which the rollers are motorised, so to speak, but the cylinder is hand moved. On this press I printed my two recent books „Cumbria“ and „52 Weeks“. 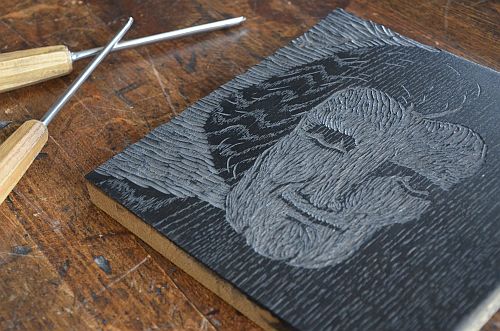 „Friend you stand on sacred ground, this is a printing office.“ Beatrice Ward, 1932 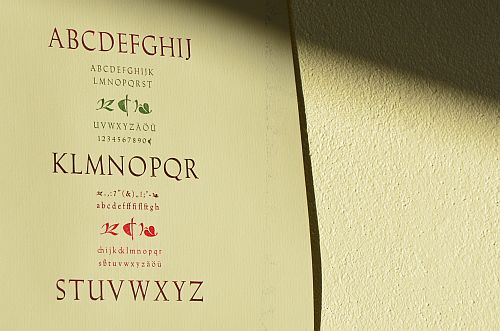 I have some 100 type founts on stock from which I can choose, mainly metal, some wood type. They are stored in racks of very different ages, some rather old and worn. There is also a fair share of ornaments and lines for printing and some quite sophisticated tools. 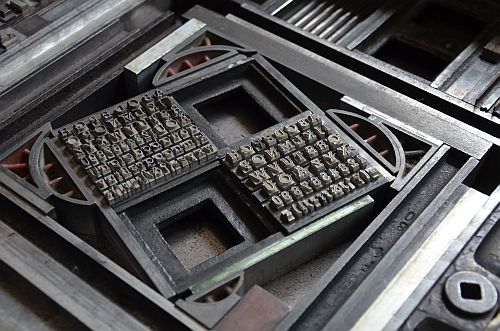 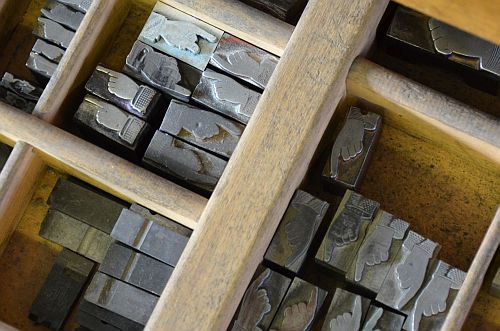 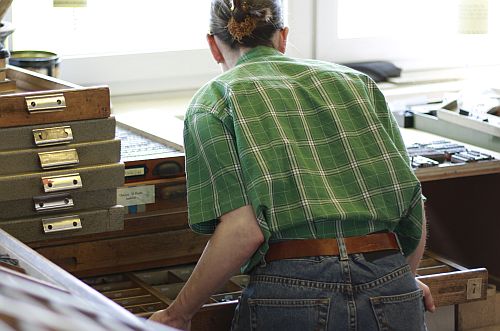 From the total of 15 books I have made so far, 10 have been made here at this workplace. Apart from books I print broadsides, woodcuts and linoprints. Texts are being handset from metal or wood type. Next to the presses the board shear is one of the most needed helpers. 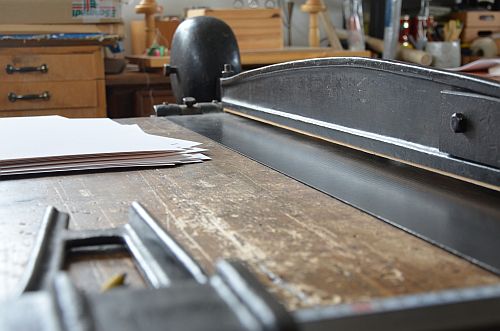 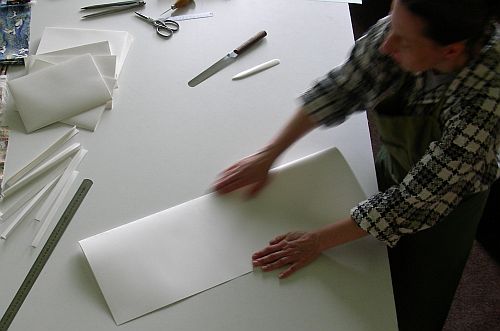 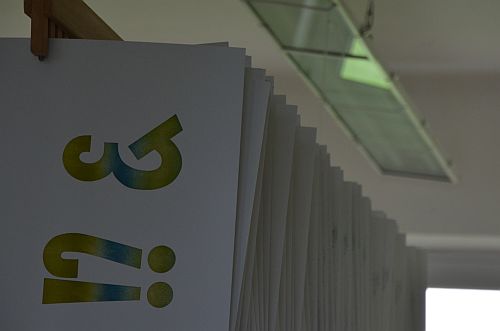 And a space for drying prints hot off the press is needed. There is also an Adana platen press which I use for printing labels and invitation cards for events in the studio. 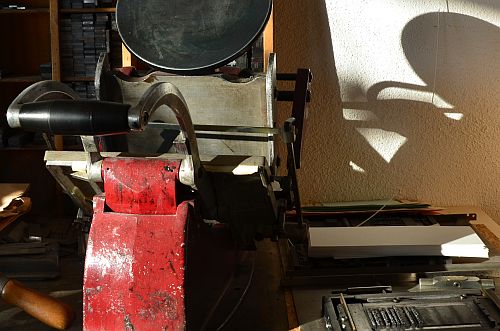 Occasionally there is an Open Studio and everybody is welcome to come and be fascinated. Sometimes I show how the presses work or binding is done. During the studio’s 10th anniversary in 2009 people could have a go at inking a linocut and printing it themselves with the old proofing press. 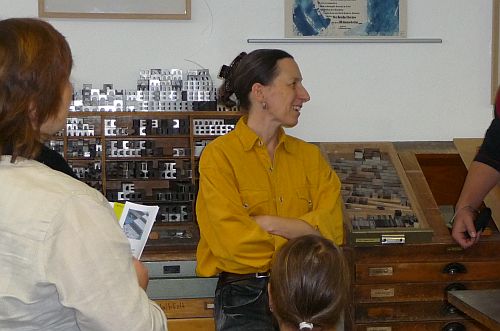 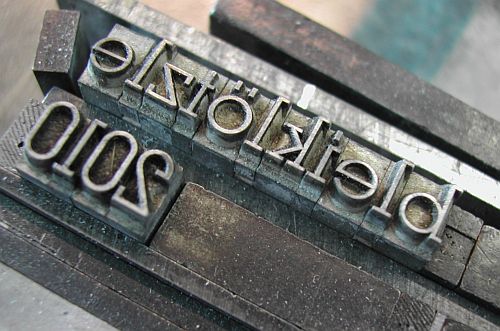 If you are into metal type you might want to have a look at my webspace. Most of my metal type is listed there together with the names of the respective type designers. There is one website in English and one in German. 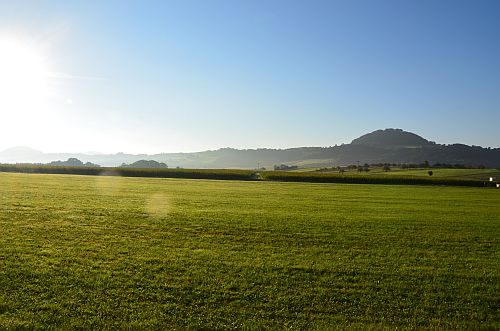 This is what the scenery east of my studio looks like in early autumn. The mountain is “Hohenstaufen”. The village is called “Wäschenbeuren”, some 50 kilometers east of Stuttgart, in the southwest of Germany.