The last morning in the old studio

On the last weekend of October we hit the road one last time to collect what was left in the old place. We were lucky in that this very weekend treated us to three lovely late autumn days. This particular year the typical Golden October days were rare, making these days even more special than they already were for us: I had come to the place where I had been working in during the past twelve years, and I had come here for one sole purpose: leave it for good. 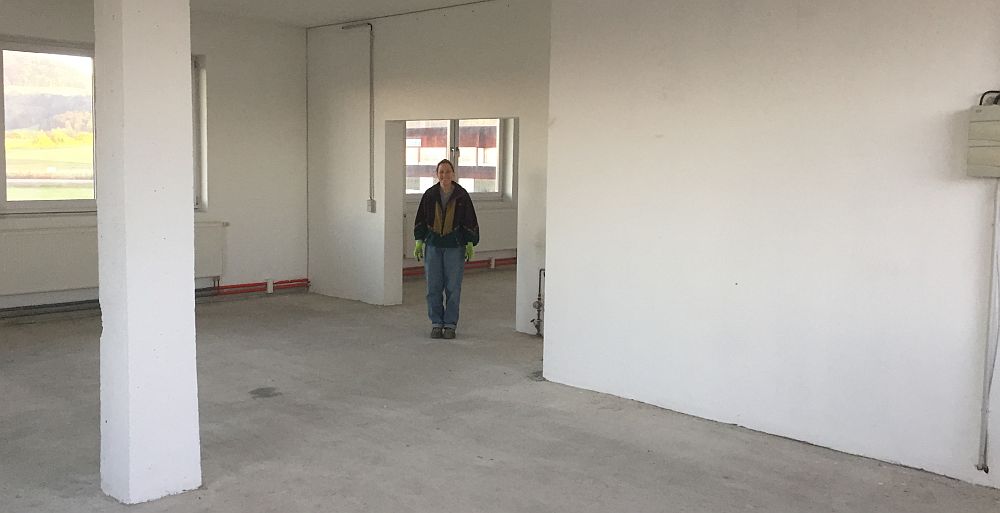 It was a gorgeous autumn morning with mist clinging to the mountain Hohenstaufen’s base. Even though we had been clearing out bookbinding and printing gear on three previous occasions already there were still enough odds and ends left to keep us busy well into the afternoon. But, finally the space was cleared, nothing left. We handed over the keys, and off we were. 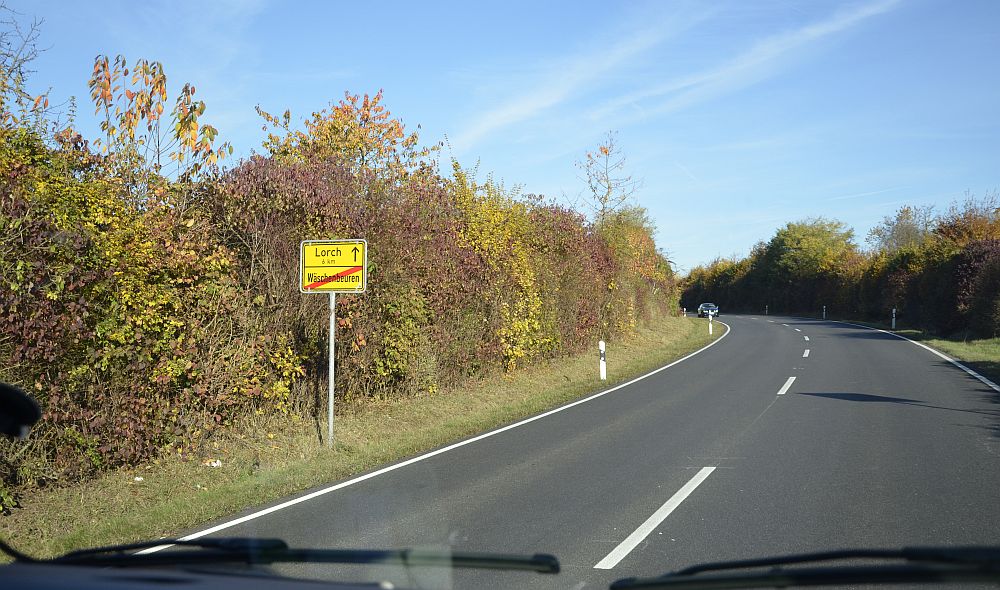 Hitting the road one last time.

Leaving Waeschenbeuren behind we headed for the B29 road that would take us straight away to the motorway A7. We were surrounded by the mountainous countryside with trees and bushes at their autumnal best. Our route took us past the monastry in Lorch and right through Unicorn tunnel underneath the town of Schwaebisch Gmuend.

East of the town we crossed the stream Rems and on we went towards the city of Aalen. We were travelling on Monday but the following Tuesday would be a bank holiday in a number of German counties, so there was not as much traffic as on a normal weekday. We went on the northward bound stretch of the motorway A7, having a break at some point. The route took us through some of the low mountain regions one of them by the name of Rhoen. The highst elavation within the Rhoen region is the mountain Wasserkuppe just under 1000 metres. We did not have to brave that one, but the views of the many mountains either side of the motorway was stunning. The riges and slopes are forested and the trees had put on their colourful autumn foliage. In some spots large patches of European Larch were showing off their very special colouring.

Further north we had to battle what is called Kassel mountains. Here the motorway climbs a number of slopes and driving a van loaded to the brim can be challenging.Only a few kilometres shy of Kassel we left the A7 for the A44 and later the A33. Now the countryside becomes slightly less mountainous. Crossing the stream Twiste shows a meandering creek whose banks are decorated neatly with birch trees. The land gradually flatens out, the streets are lined by rows of trees and wind power stations are more abundant than in the south.

Around Herford we left the motorway for road B239 taking us through Luebbecke right on the foot of what is called Wiehen Hills. These are part of the most northerly low mountain region in Germany and the last mountain proper we had to conquer. Their highest elavation is the mountain Heidbrink with just under 320 metres. Further north streches the North German Plain towards the coastal regions of North and East Sea respectively. Luebbecke is famous for its privat brewery Barre whose buildings greeted us while we were going downhill. Leaving Luebbecke behind we came passed its port which is on the banks of Midland Canal. Building this waterway started in 1906, it runs almost straight west-east. It links river Elbe with river Weser and – via Dortmund-Ems Canal – with river Ems and the Ruhr region. The Midland Canal actually crosses both river Weser and river Elbe.

Crossing Midland Canal means we are almost there. Dusk was closing in, the clocks had changed back to winter time only the day before. We got home just after 5pm. The last we had loaded on to the van was my studio’s 1950s fridge. This was the piece we definitely wanted to unload straight away. There was no way I could have defrosted it prior to loading. We had pampered it with a huge pile of old towels squeezed inside to sponge up the water from the thawing ice. This had worked perfectly fine. We left the rest of the load on the truck for Tuesday. We had to hand the van back just after noon.

The barn in January

This is the barn as it looked in January. In the meantime we have cleared out the straw and where the straw was now sit all the type cabinets. And this is the printroom-to-be as it looked in April. It is still a long way until the presses can move in there and I shall be able to start printing again. We are getting there step by step. 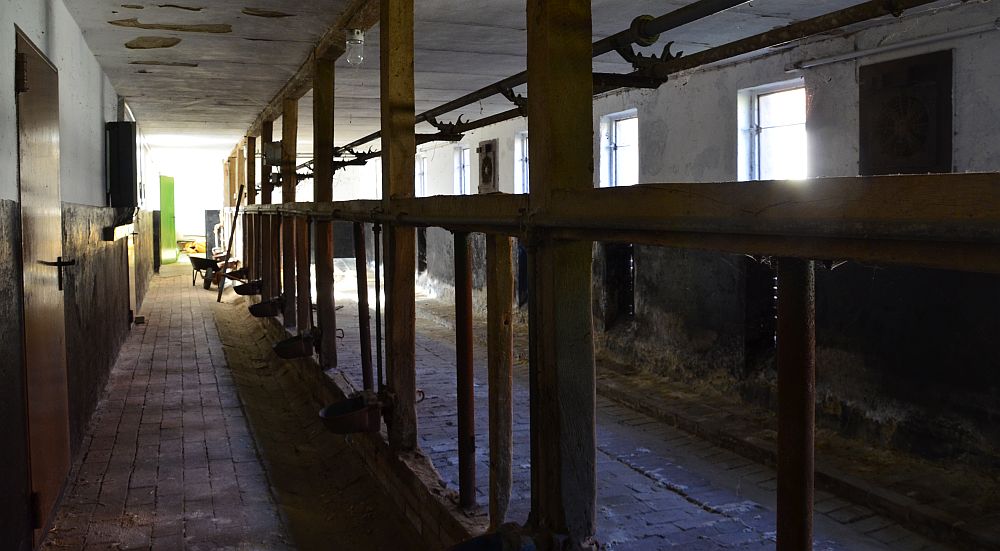 As I write this the wind is blowing strongly and there are powerful gusts outside. It is chilly and there are like fits of rain or drizzle. The sunflowers must feel pretty shaken by now. All of a sudden this morning the sky filled with large birds and their cries. It looked like a huge flock of cranes gathering to hit their road heading south for the winter. They were awesome to watch.