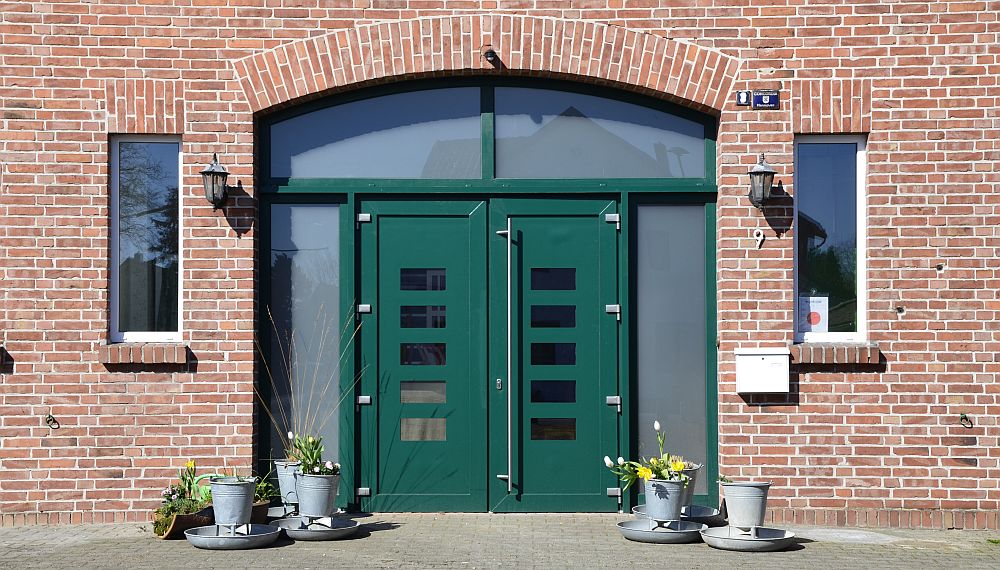 This is my last post in the Relocation Journal. The seemingly endless process of relocating my studio has come to its end, at long last. The opening weekend went ever so well. Over the three days we had lovely spring weather. The white tulips in our garden opened right in time.

We put up the banner with the new name of the press just a week before the opening, showing the fork and broom that had been on the floor in the stable when we first visited the place. We had assembled the new shelves for my books and arranged the large red sofa and the old-style chairs. On Friday we picked up the abundant bunch of tulips for the big yellow flower vase.

On Friday evening all our wonderful neighbours came to have a look. They had all been eagerly waiting to see how the old stable would turn out and what the presses would be like. On Saturday and Sunday I was busy printing. I had hand set a keepsake for the event and printed the two colours on the front page during the days prior to the opening weekend. I would be showing printing the back page during the two days of the Open Studio. My husband had meticulously removed all the flash rust, that had gathered on my Grafix proofing press during the three months it had been sitting waiting in a cold room. At last the press was in good working order again. After one whole year I was printing again. 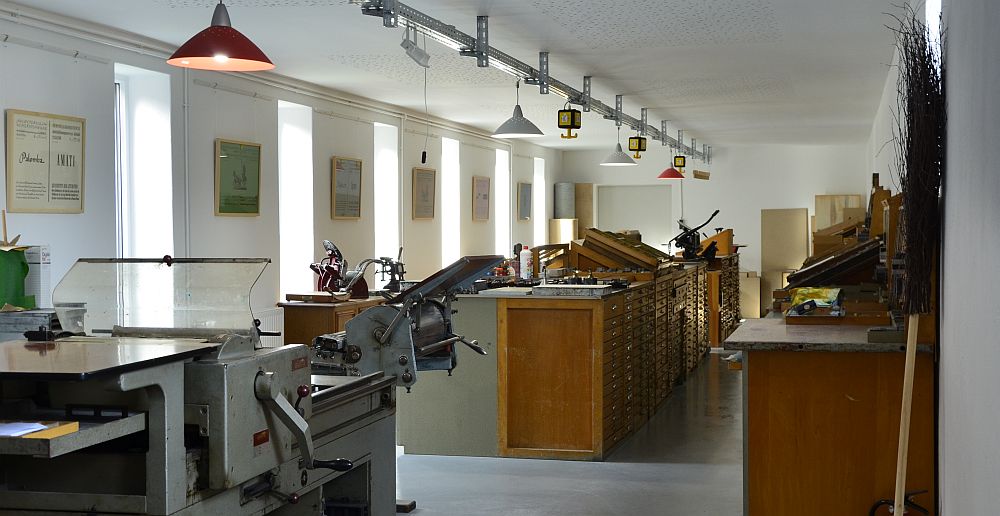 The two days went quickly. The place kept being crowded with visitors. I was busy printing and answering questions. I printed the keepsakes in good quantity. Their back gives the date of the next open studio which will be in the course of the upcoming LandArt-Festival this summer.

My studio has joined the LandArt-Route which is made up of five circuits with a large number of stations on each. No 5 is the most northwesterly leg and my studio is No 16 on this track. The whole route has been set up by the Landkreis Minden-Lübbecke and amongst the stations are studios and workshops of artists and crafts people as well as museums, windmills and cafes. 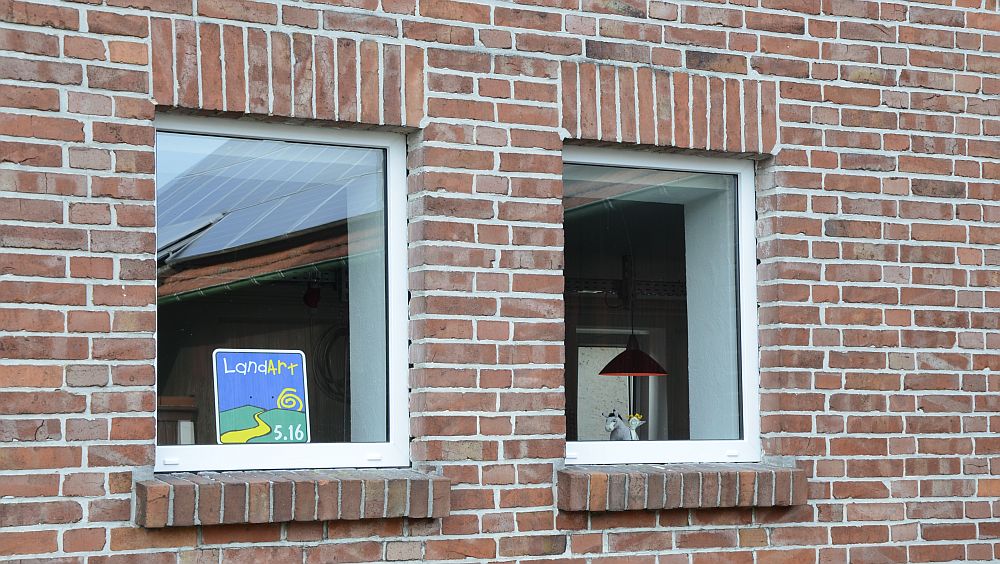 After the opening weekend I was taking a couple of days off work. It was the perfect time of year to have a break doing the garden work. We had decided to have some currant bushes, red, white and black, and some gooseberries to go with them.

We’ll have to be patient and see how the cockchafer grubs, wireworms and root voles will deal with all this. I planted all the berry bushes within a wire basket each, which hopefully will keep the root voles at bay. We had been treated to a stoat dancing on our meadow in the spring sun lately, which makes us hope that the numbers of root voles won’t climb that much. Add to this the little owl is not far. As to the grubs and wireworms our hopes rest on the shoulders of our resident mole, and the starlings and crows ransacking the place on a regular schedule. Spring is in a very good mood and made the tulips and cherry trees show off their beauty.

As I write this dusk is closing in on Easter Monday. The weekend treated us to lovely sunshine, cold winds, rain, sleet and even hail, plus stunning sunsets. We had some ten liters of rain to the square meter over the past four days. The soil and plants needed it badly. And, of course, by now we are looking forward to the start of the asparagus season here. Add to this: the first swallows and martins have arrived just a week ago.